I was up in the Lakes on Friday for a mates stag do so while the rest of the lads were off doing the Via Ferrata up Honister slate mines I slipped off to try and find a spot to fish. Heights really aren't my bag!

With the wind gusting at 50mph I searched the map for a spot that might offer a little shelter & settled for the beautiful little High Arnside Tarn. 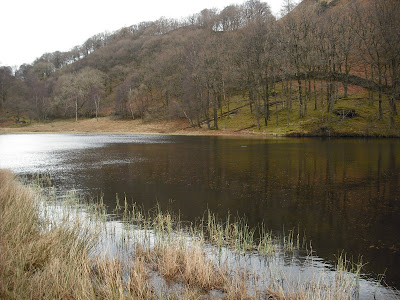 I was surprised upon arriving that considering the conditions & the fact that there is still snow on the fells the Tarns surface was covered with slashy little rises. There was a steady hatch going off but I couldn't really see what because as soon as they emerged within seconds they were half way up the Old Man! That would account for the quick slashy rises.
The Tarn is absolutely choked up with weed thus surface or just subsurface fishing is the only option. I caught a few small brownies fishing a little Caddis in the ripple but by far the most effective method was a little buzzer suspended beneath a parachute fly. 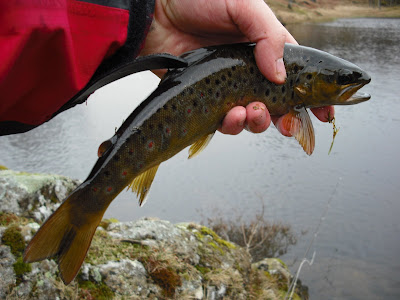 One of the bigger ones! 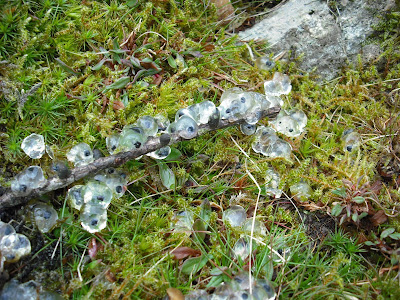 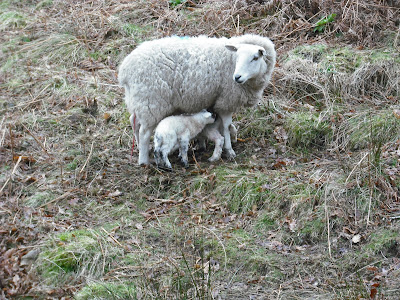 On the walk back down I came across this pair of just born lambs taking their first tentative steps & eagerly guzzling down their mothers milk. If you look close enough you can still see the afterbirth dangling from the Ewe!

what a lovely, dark coloured brownie.