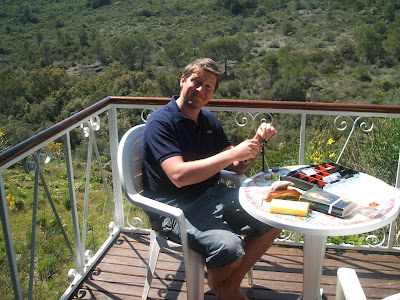 Spent the last week on the Cote D'Azur & after an unsuccessful couple of evenings seeking out suitable trout rivers under the thinly veiled guise of looking for restaurants with the missus, I was resigned to just spending a bit of time knocking out some flies in anticipation of a return to some on-form water back home - for which I was called a geek!
Posted by Nick Carter at 18:05

See you in these things, I think, I started feeling good!
Personalized Signature:贵州信息港休闲游戏中心,我爱掼蛋网,重庆游戏中心,金游世界视频棋牌游戏中心,南通棋牌游戏中心,贵港热线休闲游戏中心,淮安棋牌游戏中心