I didn't want anyone to think the TITT Urban Conclave weekend was wasted on the SFAS so I thought I'd drop a quick post before the season starts. We've been busy recruiting, training & recording the efforts of a growing band of kick samplers throughout the catchment; Irwell, Roch & Croal.  It is also nice to see the river itself has been giving a helping hand by securing some Large Retail Debris (LRD) along the banks. 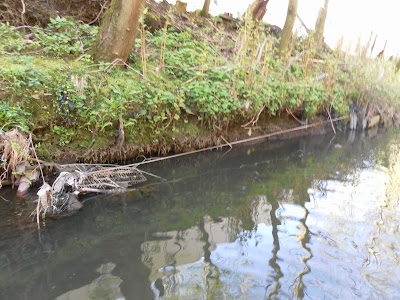 And here's a little treat for Dr Gaskell; A Babby's Yed 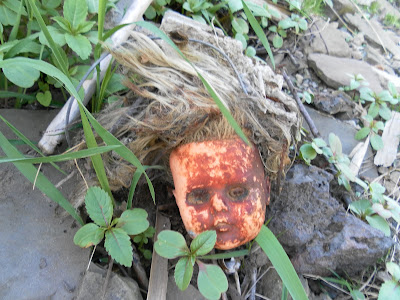 A delicacy in Wigan I'm led to believe!
- Anyone found a more sinister piece of bankside jetsam?
- A prize will be given at our AGM for this years best entry.
Posted by Nick Carter at 01:06

Needs a large white barm cake along with some gravy for my money.
Although good shout on the "pays wi' pay-wet" (translation: peas with pea-juice)