Manchester has got everything except a beach...

Manchester has got everything except a beach said Ian Brown... well, Salford has got one & that's where I spent a couple of hours on Saturday afternoon. 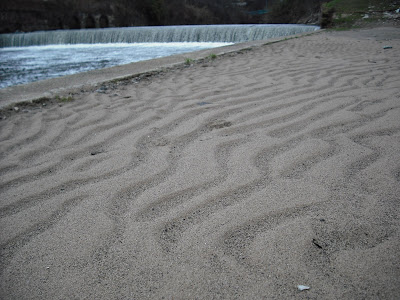 I'd been keen to try out some of the Pike flies I've been knocking out over the last few weeks & todays milder temperature combined with the lack of rainfall recently left me feeling that I might be in luck today. 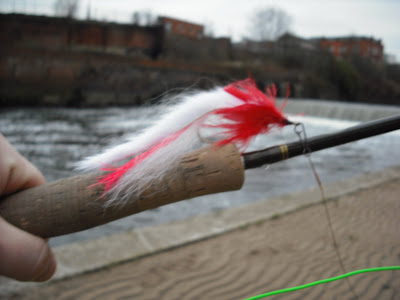 I started fishing through a 100 yrd stretch below the weir with the Moulin Rouge fly that I'd had high expectations of but to no avail, not even a sniff of a follow. 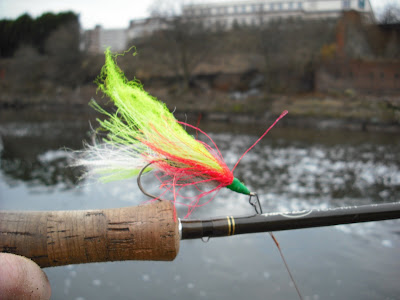 At the tail end of the beat I changed fly to the one shown above that uses just artificial fibres, the main body being made of flouro green para post wing material, which pulses beautifully on the retrieve, the other main benefit is that it sheds any water on the backcast making it a much easier fly to shoot out. 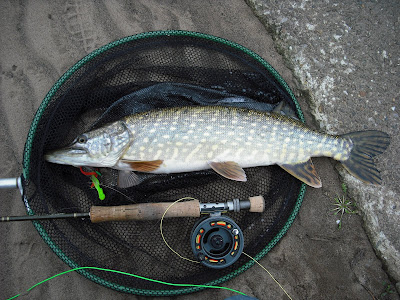 Third cast with this new fly saw a nice Pike flash out of the murk close to the bank & snatch the lure, thankfully the hook set & the fish tore off on several really good runs which left me cursing that I'd left my net right at the top of beat.

off to the chimmy mate. see what i can tickle out.

Although from different places, but this perception is consistent, which is relatively rare point!

Seems like anglingforsomething.blogspot.com justmight be a wicked forum for me [img]http://www.aweberl.com/rimages/smiley.gif[/img] I am lucky to have found it.

Anybody into Cloud Watching

Whenever we consider the meaning of the phrase enjoy, not just in relation to its a loving relationship with one other, however , as being a sensing that is definitely engendered should you have miltchmonkey a better relationship with ourselves far too -- as well as as the experience of larger unity spouse and children as well as the human race : then it will become more extra ordinary that each any one is looking to get to have can be appreciate.

Unless you believe in pet psychics, there's really no way for you to read your pooch's mind and figure out exactly what she's thinking If this far fetched notion were founded at all you wouldn't be on this sentence It is with this in mind that I share the following 7 keys to running a successful business